Teff Flour Health Benefits: When The Going Gets Teff 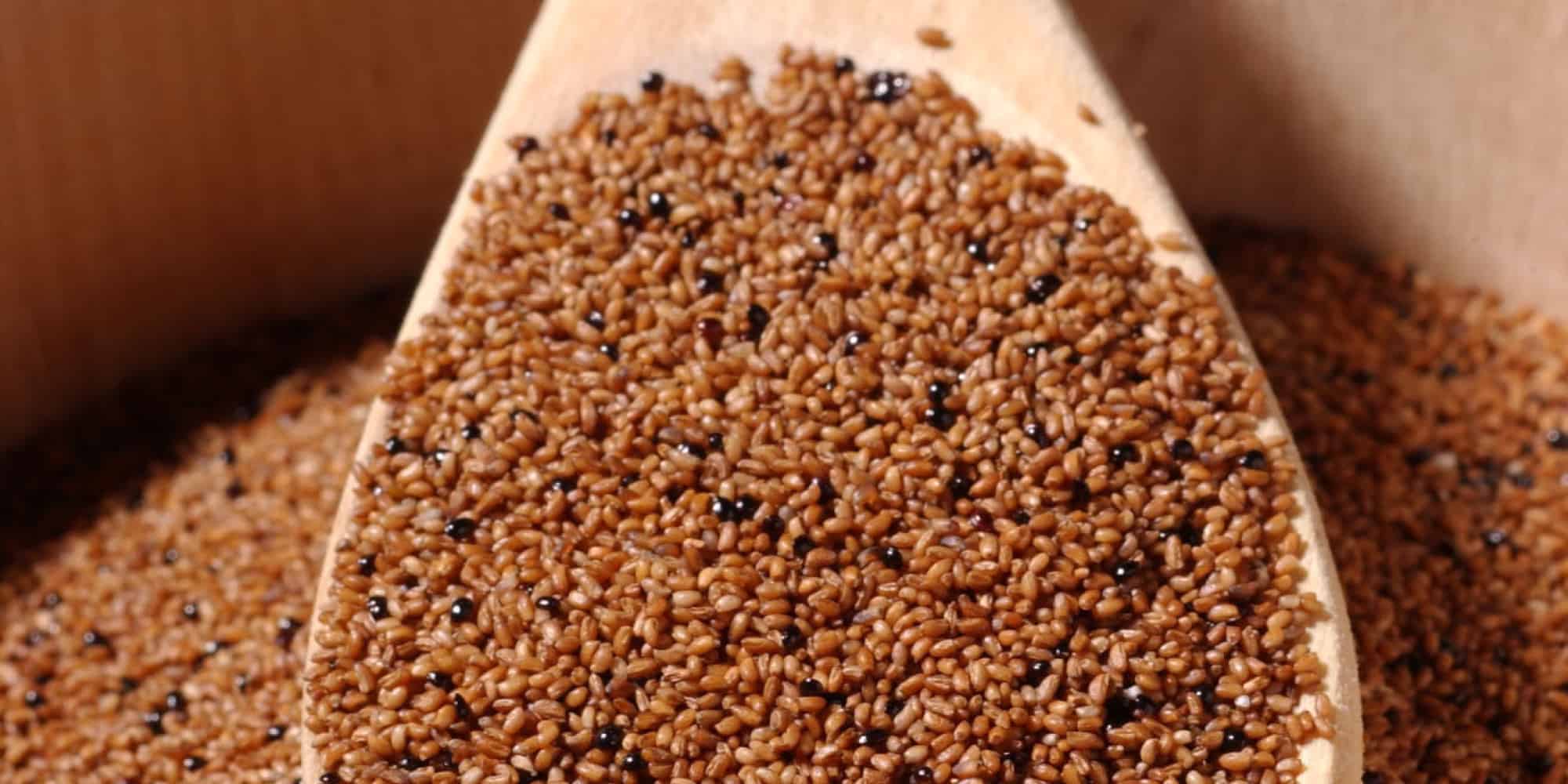 It is amazing how some of this world’s best kept secrets turn out to be ones which have been known to others for many generations. One such secret is teff flour, which is a staple of Ethiopian cuisine. Teff continues to make a big splash in health-prone, wellness-driven, vegan-friendly circles. News of the recently discovered “wonderfood” exploded a few years ago, with the “obligatory” celebrity endorsements, TV spots, and everything in between.

Have you heard of teff yet? If not, strap on your seatbelt, because you are about to be launched into antiquity. This grain is old.
How old? Well, this is a good question to lead us into the next section.

What Is Teff Flour? Where Does It Come From?

Teff is essentially a small grain, which has been cultivated by locals in Ethiopia and Eritrea for many ages. The teff grass which includes the grain is also known as Eragrostis Tef. Its name stems from Eros, the Greek God of Love, and Agrostis, which means “Forage Plant” in Greek. Essentially, it is a kind of lovegrass, and it belongs to that plant family.

Teff is thought to be one of the earliest plants to be domesticated in the Ethiopian region, going back 10,000 years or so. When made into flour, teff is used in the production of the traditional flatbread named injera. Many traditional Ethiopian platters are served on this large, flat, pancake-like bread.

The bulk of the world’s teff comes from Ethiopia. Because of this, the Ethiopian government has laid down the law on the exportation of this valuable and nutritious grain. The government feared that the grain will wind up being sold back to the farmers, who harvested it in the first place but at an inflated Western price. The authorities wanted to provide their people with the means to enjoy the fruits of their labor, in this case, the teff grain, without the threat of the West. This is why they put certain restrictive rules into effect as of a few years ago.

You have to admire the government’s position on this issue. Rather than make more money, they opted instead to care for their people’s nutrition. I feel like a gesture such as this doesn’t happen too often, especially in Africa.

In a country like Ethiopia, with its relatively high numbers of undernourishment, it is imperative that the millions those who grow this grain can partake in it’s consumption. This would help them lead a healthier life at a fair price.

Check out The Health Benefits of Flax Seed, or DIY Dog Shampoo Recipes!

Being of plant origin, teff flour is 100% vegan. However, it is not part of the paleo (or ‘caveman’) diet. The reason it is excluded from the paleo diet is due to the simple fact that it is a grain. It is a very paleo-friendly flour though, and it lends itself easily to many of the diet’s dishes. But to repeat, it is technically not included in this strict nutrition plan. So if you are a paleo follower, you better steer clear of it. I wouldn’t want to have to call the paleo police on you 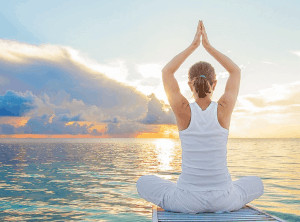 Okay, okay, so we went over the history and significance. Now we ask ourselves, what is in this so-called new superfood that has kicked quinoa’s butt to the proverbial curb? Let me break it down for you a bit:

It is a grain which contains eight essential amino acids, all necessary for proper development. It’s high in fiber and calcium, rich in carbohydrates and protein, and is low in fat. Also, it provides adults and kids with a great deal of manganese and contains iron, magnesium, zinc, phosphorus, and vitamins B1 and C.

The calorie count on this thing is pretty low, containing approximately a single calorie per gram. In plain English, a cup of cooked teff has about 250 calories in it. It is no wonder that some people positively swear by it.

Yet, as with all “superfoods”, you must remember that it is not just a single grain, that determines your health and wellness factors. Rather, it is your entire lifestyle and genetic disposition. If you eat teff every day but still scarf down tons of junk food and trash drinks, don’t be surprised if your blood work comes out on the worrisome side of the spectrum. Everything in moderation. That is the key to any healthy lifestyle.

When included and incorporated into a positive type of lifestyle, teff can help keep the body balanced by lowering blood pressure, stabalizing sugar levels, and providing the body with a way to maintain proper weight.

Got talking about #gluten free stuff today. If you don't know #teff flour already, then look it up. Makes yummy… https://t.co/IrSffxCAB5

Where Can I Find And Buy Teff Flour? 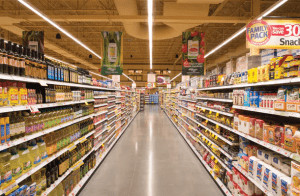 Where to find teff flour.

Finding teff and buying teff flour are two very separate things. In order to find it, there is a chance you will have to travel some distance to Ethiopia or Israel. On the other hand, in order to buy it, all you need to do is log on to your favorite supplier site. Alternatively, you can decide to take a walk to your nearest health food store. There are times when teff is more prevalent than others, and it probably has to do with the exportation situation that I mentioned earlier.

The main drawback of this truly amazing grain (and its flour) is its price. Being from a more distant place, and having those limitations on exportation and sale, it doesn’t come cheap. You can always find things on sale and whatnot, so you may be able to get a good deal. This is especially true if you buy it in bulk. The specific conditions which are required to properly grow teff and produce its flour are also elements which contribute to its comparatively higher cost.

Teff Flour vs. Whole Wheat Flour: Which Is Healthier?

Well, this is a question that comes up a lot. If you are reading this, there is a good chance that you’ve been using whole wheat in food for a while now. If you haven’t been, let me just say that it is a tastier, more nutritious option than it’s more processed,  white counterpart.

So, what are the differences? The big one is probably the gluten or lack thereof. I know that the jury is still out on the entire gluten thing. Some consider it the worst thing since sliced (gluten-containing) bread, and some say that the gluten-free craze has just been another way to spread the news of celiac disease. Certain is the possibility that it has been created to line the pockets of health and wellness big-shots. I eat gluten, and I have had no issues with it, but I know of others who don’t ever want to touch the stuff, claiming that it really messes with them. Far be it from me to judge.

Teff is a lot more gentle on the digestive system than wheat. Furthermore, teff, unlike wheat, has a very distinct and nutty flavor. Teff flour can to some extent be used as a replacement in recipes which call for wheat flour. It is definitely not a 1:1 substitute, but more like a ¼:1. Use smaller amounts of teff, as opposed to wheat. It is yet another case of trial and error.

Now, let’s move on to something even better: teff pancakes! Here is a simple vegan recipe which you can take for a test drive. Feel free to experiment, once you get the hang of it. Ingredients:

Here are the steps to pancake greatness:

Prepares about 10-15 pancakes, depending on the size of your griddle or frying pan.
Serve with whatever fresh fruit or berries you want. This is one pancake which requires no topping since it is already sweet and nutty. Feel free to put some maple syrup on the table if you want.
Don’t forget to freeze the rest for later consumption. Waste not want not, right?

Are There Teff Flour Substitutes? 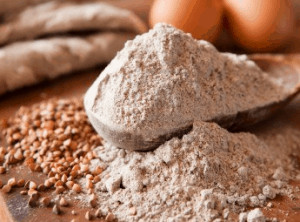 Other gluten-free alternatives to teff flour are those made with some of the grains that I mentioned earlier: buckwheat, amaranth, brown rice, quinoa, and the like. Gluten-free grains. These grains contain some similar nutritional values to that of teff, and depending on the recipe, can be used as a finer substitute. To reiterate, amounts and quantities will vary depending on the recipe, and on your experience with the different flours.

Is teff a real “superfood”? I’ll leave that to you. You can and SHOULD give it a shot and see what it is about. Even if you don’t get to make it or taste it at your own place, get yourself to an Ethiopian restaurant and have some injera with Shiro (a vegan and gluten-free stew). Also, while we’re hovering above the topic of Ethiopian food, I can’t neglect to mention the spices which accompany the food. Wow, simply wonderful.