Leptospirosis Vaccine For Dogs Explained: Is It Safe? 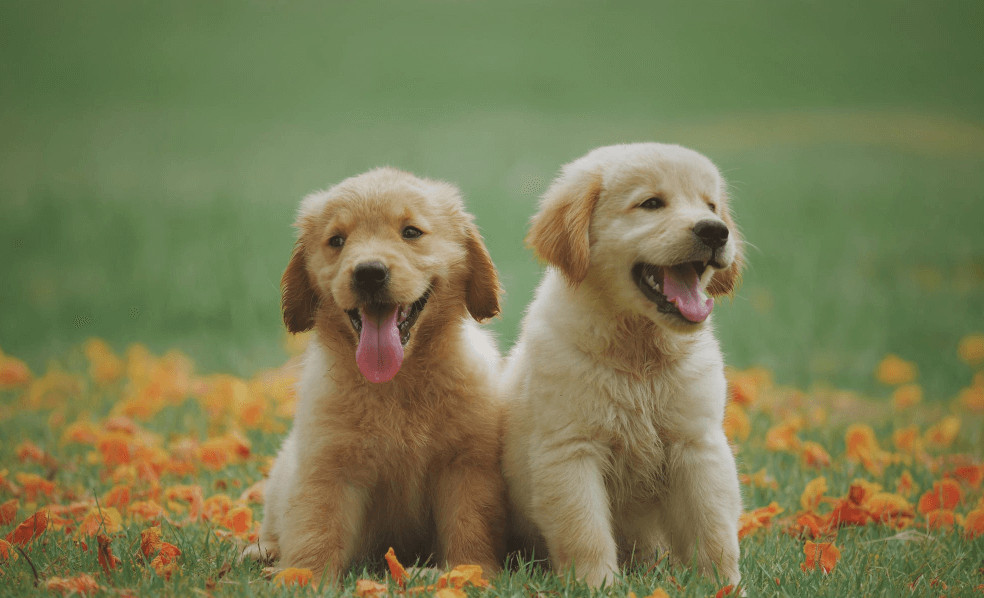 There is still a lot of controversy over the concept of vaccinations as a preventive measure. Whether in the human world or the canine world, some are vehemently against vaccinating with no initial cause, while others say that it should be mandatory.

This is an ongoing debate, and I am not about to give any blanket statements here, for three main reasons: first, I am not a doctor nor a veterinarian, so I cannot pretend to know what’s what. Incidentally, I am an EMT, but that’s beside the point. Second, I never haven’t vaccinated my pets, so I don’t know another option, really.

And third, my pets never had an adverse reaction to any vaccinations, so I see no reason to stop doing it. I am aware that using vaccines could potentially have some serious side effects, just like with humans, and that in some way it is taking a risk, exposing a healthy animal to unhealthy matter or potentially harmful microorganisms.

Okay, now that I’ve said that, we can go on and talk about the nasty, fatal, and downright unpleasant disease known as leptospirosis, or ‘Lepto’ for short.

Lepto is a bacterial disease.

So, what is Leptospirosis? Lepto is an infectious bacterial disease, commonly caused by two types of spiral bacteria subspecies: Leptospira grippotyphosa and Leptospira pomona. The disease is primarily transferred by exposure to contaminated fluids (urine, water, wet soil). It enters the bloodstream by way of broken skin and ordinary bodily cavities. Rats, other small rodents, foxes, and even cattle usually carry the disease.

The symptoms of Leptospirosis begin to show up from 2 – 25 days after being exposed to the bacteria. At first, there could be some mild or near-nonexistent symptoms. As the bacteria spread to some vital internal organs, the disease becomes more severe: fever, vomiting, diarrhea, lethargy, blood in the urine, all the way to liver and kidney failure.

If left untreated, it can prove to be fatal, especially in younger dogs whose immune system is still developing.

Diagnosis is done mainly by administering different blood and urine test. They may also conduct a titer test. The test helps to see what state the dog’s immune system is in.

This affects the prognosis and handling of the situation. At any rate, the vet and owner need to be extremely cautious. Because this is a disease that is transferred by way of fluids, any urine, semen, vomit, etc., are treated as potentially hazardous material.

Treatment is given through two stages of a large dosage of antibiotics. You need to knock out the disease, which usually chooses to reproduce in the kidneys and liver once the body has launched its own antibodies. The severity of the disease changes from one dog to another, and it depends on factors like age, breed (genetics), medical history, and more.

Leptospirosis is a zoonotic disease, which means it is transferable to humans as well. Human puppies (aka children) are at a greater risk of contracting this infection, so be aware. This is a good reason to get a vaccine, even if you are not exactly in favor of them to begin with. Okay, let’s talk about the vaccine a bit.

What Is A Leptospirosis Vaccine? How Does It Help Dogs? 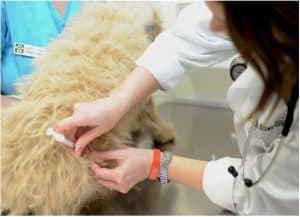 The vaccine helps your canine friends from contracting this harsh disease.

The Lepto bacteria has over 200 subspecies, which can be the cause of illness. What is a Leptospirosis vaccine? How does it help dogs? The vaccine which is currently offered by veterinarians only covers the more common ones, which is why some say that it is all but useless in the face of the odds.

However, it does lower the risk of exposure, and even though it is non-core (unlike rabies, for instance) many owners choose to vaccinate their furry buddies.

The vaccine helps canines by protecting against exposure to those common subtypes of spiral bacteria, and you’ll have to ask your vet if there is a need for your doggy to go through it. It is often given to pups ages 12 weeks and up, and the process is then repeated about a month later, in the form of a booster shot.

This gets the antibodies going, and helps to raise awareness of the disease within the dog’s immune system. That way, in the future, should the dog be exposed to the disease, the body won’t be caught completely off guard.

Does Your Dog Have Leptospirosis? 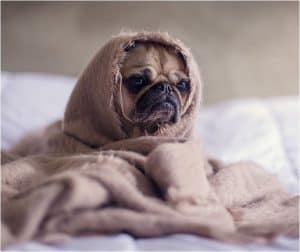 If you notice any symptoms, get your pet right to the vet!

Does your dog have Leptospirosis? Identifying warning signs is vital. The sooner you get a sick dog to a vet, the better off you will all be. In the early stages of the disease, it is a lot more treatable. Later on, when it spreads to vital organs, it becomes a whole lot deadlier.

Once exposed, the bacteria travel along the bloodstream. As previously mentioned, symptoms may be mild or strong, and they can appear at any time from a couple of days after exposure to several weeks. Since this depends on many factors, there is no clear cut way of identifying Lepto as Lepto from the start. As I said, the vets do the diagnosis via blood and urine tests.

However, there is a way for you – the owner – to be of great help. Be aware. Watch out for your buddy! Watch the amount your dog eats (or doesn’t eat), watch for signs of uncharacteristic lethargy. Notice if they are in any pain, check up on what they pee and poop, and look for signs of general sickness. You won’t be able to necessarily tell at first what’s going on, so stay on top of things. Pay attention to your pet. That’s your job as the owner.

Is The Leptospirosis Vaccine Safe For Dogs? 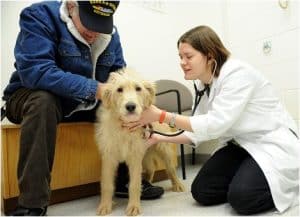 The vaccine will do no harm to your dog.

This is the big question surrounding any vaccinations, be they human or canine. Is the Leptospirosis vaccine safe for dogs? Well, all I can do is speak from my own experience. And in my experience, it is safe.

As I said, this is not a blanket statement and I am not an MD nor a D.Vm. Consult your vet about the benefits and risks of the Lepto vaccine for your doggy. There is a reason why it is non-core, after all, so that makes it a judgment call.

I choose to go through with it, along with the rest of the annual vaccinations, since I believe in preventive medicine whenever possible. Not in an obsessive way, but in a healthy way. This means that if I had seen any adverse effects on my dog, I may have adopted a different opinion.

NexGard For Dogs Review: Are There NexGard Side Effects?

Leptospirosis Vaccine Before & After Results

The vaccine may cause your dog to be a little tired during the following days.

Well, thankfully, since I never saw any serious symptoms or side effects, all I can report is that for a couple of days after the vaccination, my dog was a little more tired than usual, and ate a little less, but nothing more. Nothing seriously out of the ordinary. No vomiting, no diarrhea, and no pain. Nothing of the sort. So the Leptospirosis vaccine before and after results were pretty much no big deal.

I have heard different accounts of post-vaccine behavior. While I don’t think that my doggy is in a minority, I know that it is possible to experience some bad side effects. I mean bad, especially to Lepto.

That being said, my doggy gets the Lepto vaccine along with a few other vaccines in the same shot. I have no real way to know which of them is causing the ever-so-mild symptoms which she exhibits. It could be any one of the few, and I wouldn’t be so quick to blame Lepto.

Is Rimadyl Safe For Dogs? Rimadyl Side Effects For Dogs Explained

Leptospirosis is a disease that can kill. It is also transferable to human beings. That enough would be good cause to at least get the initial and booster shots for pups, as far as I am concerned. You’ll have to monitor your pet’s reactions and decide as to whether or not you want to give it to them annually.

If your pet is part of a higher risk group with no serious side effects to vaccines, you should be considering that option. It is relatively affordable compared to the veterinary bills you’ll be paying if your dog ever contracts the infection. Does the vaccine provide 100% protection? Nope. No vaccine does that, I feel.

Bacteria, especially one such as Lepto, with so many subspecies, may find a way to surprise you. But again, at least after being vaccinated, your dog’s body stands a fighting chance. Or so I feel.