When you get hungry over the course of the day, what do you turn to to snack on? A salad? A smoothie? A Stir-Fry? Did you know that according to a 2016 study, “snacking contributes close to one-third of daily energy intake”? Maybe you want something a little lighter and easier to eat. But what can fill that void without putting on too many calories or adding any extra free radicals to your daily diet?

I’ve recently turned to Harvest Snaps’ Snapea Crisps as my lunchtime go-to. But I started looking into the nutritional benefits of this delicious snack when a friend pointed out that they might not be as healthy as I originally thought. So I hope to dispel a few of the myths surrounding this otherwise tasty snack. Hopefully I can clear up some misconceptions about Snapea Crisps. I’ll explain what makes them good for you on one hand, but bad in other regards. 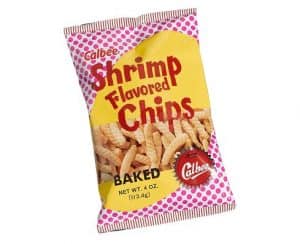 Harvest Snaps are a product that is sold by a Japanese food manufacturing company known as Calbee Inc, which was originally formed in 1949 under the name Matsuo Food Processing Co. Ltd. The company was hugely popular in Asia for their Arare crackers. By the mid to late 70s, the company expanded their product range to include the shrimp flavor to their catalogue.

During the 80s, the company branched off into a variety of different regions. This included Thailand and Hong Kong, making them an international brand. In this same period, they started producing potato chips as well. After that, the company slowly branched off into the cereal market by creating a range of granola products that became quite popular throughout Asia as well. The company moved from strength to strength by expanding their product range to include a now popular snack known as Jagabee. By 2004 it set up a factory in the US.

By 2009, they had their capital tied-up with Pepsi Co. Inc and later made Japanese Frito-lay a subsidiary of their brand. This helped to secure the companies’ reputation among the long-standing brands and gave them a place with the big-name brands in the snack and beverage industry. In 201, the North American branch of the brand merged with the pre-existing brand and the result was the creation of Harvest Snaps – the snack that we’re going to discuss today.

How are Harvest Snaps Snapea Crisps Made? 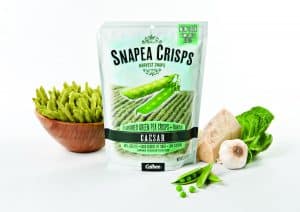 Essentially, the shape that these snacks come in is not the original form of the peas that they are based on. Rather, they are modeled to look that way for branding purposes. These snacks are actually quite heavily processed during their creation. While they may still be made from otherwise natural ingredients, it’s the processing that tends to do the most in terms of their negative qualities.

First, the snap peas are harvested and dried. After that, they’re crushed into a fine powder and blended with rice flour to make them suitable for processing. At that point, vegetable oil is added to the mixture, which now resembles a kind of paste. Salt and sodium carbonate are added to the mixture to increase the shelf-life of the crisps.

This is then processed into their final, pea-like shape. They are allowed to bake at high temperatures to give them the tasty, crispy texture that they’re known for. Once baked, they are flavored accordingly and packaged so that they’re ready for shipping.

On average, a one-ounce serving of the original formula has 120 calories. It contains 6 grams of fat, 80 milligrams of sodium, and 200 milligrams of potassium. It also has 15 grams of carbohydrate, 3 grams of fiber, a gram of sugar and 4 grams of protein. However, in recent times the company has altered the recipe to reduce the amount of sodium in each serving. This makes the crisps a little lighter on your body and reduces the effects that they have on your cholesterol levels.

This has become somewhat of a debatable issue in the food world. Nutritionists claim that this snack is guilty of what they refer to as ‘nutrition washing’. Nutrition washing is essentially a marketing technique that aims to put a healthy and nutritional spin on a product through the use of keywords and clever branding or packaging techniques. It’s an attempt to convince the mass public that the snack is truly healthy.

However, upon closer inspection of the actual ingredients found in the product and the ratio of additives that are used during the production process, the picture starts to change a little and the snack winds up being as healthy as most other mass-made and processed products. It may be true that Harvest Snaps Snapea Crisps are made with mainly natural ingredients. Yet the fact is that they tend to contain roughly the same number of calories as your average serving of potato chips. They contain almost the same amount of sodium, more carbs than potato chips, and only a little less fat.

So, when considering whether to choose regular potato chips over Snapea Crisps, the choice really comes down to personal preference and taste rather than weighing up the health benefits. If only considering health benefits, you’d be better off with either option and far better off choosing original, raw snap peas. They contain less fat, sodium and carbs. And they tend to have more nutrients such as vitamin C, higher levels of fiber, and a lot more potassium per serving.

One additional health issue regarding Snapea Crisps, or all forms of processed food – i.e. those that make use of oils and preservatives in their creation – is that the heat used to process these foods winds up causing the formation of acrylamides in the food. And these are regarded as a known carcinogen.

While little is still known about these molecules, the fact is that including too many of them in your diet on a regular basis can have negative consequences on your overall health. In recent times, it has been noted that the occurrence of acrylamides in coffee may also be linked to the drink’s carcinogenic effects, but also to the natural antioxidants that can be found in coffee.

In my opinion, including a few of these in your diet may be beneficial for your body. They allow you to react proactively towards the effects of free radicals, but too much may wind up leading to negative health issues.

That being said, Snapea Crisps are pretty high in protein. This makes them ideal for those trying to gain weight through a high-protein diet. It can really help to fill you up throughout the day or after a workout – when you’re in need of a snack before your main meal.

I’ve only tried a few of the flavors. But I can say that despite the health issues regarding these snacks, they are incredibly tasty. The flavors are really daring and utterly delicious. They range from traditional and tasty to exotic.

My personal favorite has to be the Mango Chile Lime blend. There’s something delightfully tangy and spicy about the flavor, but it’s not too overzealous on the pallet. It will certainly have you coming back for more. The product has already been quite a significant success, and I’m quite sure that Snapea Crisps will be growing in popularity in the future.

In my opinion, they are a tasty and filling snack over the course of the day. And you can enjoy them in a variety of different circumstances – whether at work, after a workout or even as a side dish or a starter at the dinner table. Snapea Crisps are easy to incorporate into your daily diet. However, I would recommend avoiding these tasty snacks if you’re on a weight-watching diet. The high levels of protein and calories per serving are bound to have you putting on the weight a lot quicker than the packaging may seem to suggest.

You may find yourself debating whether or not Harvest Snaps Snapea Crisps are really as healthy as they seem on the surface. I can say that they’re ideal for people trying to put on extra weight or increase muscle gain. And they’re really tasty as well. When you compare them to regular potato chips, they’re basically on par with one another. Yet in my opinion, opting for something a little different helps you diversify your taste buds, and what else is variety but the spice of life? A 2014 study found that “Diets are more likely to meet food guidance recommendations if nutrient-dense foods, either processed or not, are selected”. So these are definitely worth a try – granted that you don’t eat too many in a single sitting.