Is Coffee Healthy Or Not? A Definitive Answer 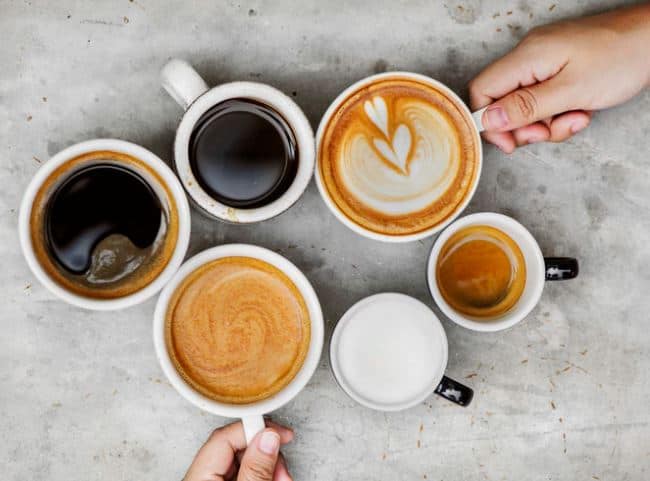 Most of the United States runs on coffee. Which is why it’s no surprise that everyone is scrambling to find its health benefits while ignoring its addictive qualities. I usually have one to two cups of coffee each day. One to get me to work, and one to get me through the day.

My mood and energy level are definitely dependent on me drinking coffee that day. If I end up without coffee, I’ll be as bitter as the Grinch the night before Christmas. My need for coffee may limit me, but at the same time, I feel limited without it.

Yet luckily, Pope Clement VII loved coffee and lifted the ban. The Swedish government made coffee and coffee paraphernalia illegal in the 18th century. They believed it had ties to rebellious sentiment. All this drama over this very necessary drink. Once you learn more about its many benefits, you’ll realize why it was a battle worth fighting. 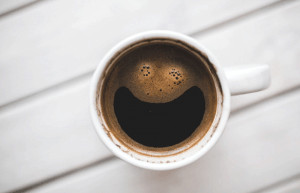 Drinking coffee has many “perks”.

Decreases The Risk Of Diabetes

Diabetes involves high blood glucose levels. It’s caused by insulin resistance or the inability to produce insulin. Type 2 diabetes is a lifestyle-related disease that now affects about 300 million people. Studies have shown that coffee has the ability to lower the risk of type 2 diabetes.

Decreases Risk of Alzheimer’s and Parkinson’s

Coffee may be able to protect your brain as you age and make you smarter in the short term. Unfortunately, Alzheimer’s disease is very common. It’s actually a leading cause of dementia, in addition to it being the most common neurodegenerative disorder in the world.

The second most common neurodegenerative disorder is Parkinson’s. It’s characterized by the death of the dopamine-generating neurons in the brain. Recent studies showed that coffee can lower the risk of Alzheimer’s and Parkinson’s by up to sixty-five percent. According to another study, coffee may also be able to help control movement in patients who suffer from Parkinson’s.

Coffee might be able to lower the risk of liver cancer. Research shows that drinking two cups a day reduces your risk by thirty-five percent. The liver is responsible for hundreds of important functions in the human body. It becomes vulnerable when you consume too much fructose or alcohol. Alcoholism and hepatitis can lead to cirrhosis, which is the final stage of liver damage. 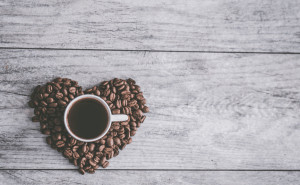 Drinking coffee can benefit your heart.

If you value your health, you probably know how important your cardiovascular system is. It’s the organ system that allows blood to easily circulate and carry nutrients to and from cells. The ideal way to achieve a healthy cardiovascular system is by exercising, specifically doing aerobic exercise (cardio). It gets your heart beating fast by using the repetitive contraction of large muscle groups. 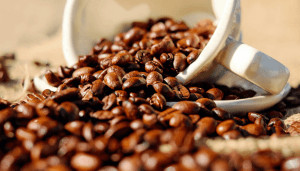 Spilling the beans on the effects of coffee.

If you suffer from hypertension and don’t usually drink caffeine, it could possibly raise your blood pressure for a short amount of time. Researchers gave two cups of coffee to people with hypertension. It caused their blood pressure to rise for two to three hours after finishing the coffee. There was also a second study which demonstrated similar results.

Elevated blood pressure was more noticeable in the people that didn’t usually consume caffeine. There are some researchers that believe this happens because caffeine obstructs a hormone that keeps your arteries enlarged. It could also be because caffeine causes the adrenal glands to release a lot of adrenaline, which causes a spike in blood pressure.

Studies have shown that immediately after drinking an energy drink with caffeine, the heart produces very powerful contractions. Caffeine intake may also stimulate your heart to beat much more quickly. Additionally, it could lead to atrial fibrillation, which is an altered heartbeat. There are also studies that show that if one has hypertension, too much coffee may lead to a heart attack.

All of this depends on how high your tolerance is and how much caffeine it takes to even affect you. Heart issues caused by caffeine only seem to be an issue if you overdo it. If your body is used to the caffeine, having one to two cups of coffee a day shouldn’t cause your heart any harm.

5 Ways To Clear The Mind: Overcoming Stress In Life

In 1988, a study reported that if a woman drank a cup of coffee a day they were fifty percent less likely to conceive than those who didn’t drink any. These findings, however, have not been able to be replicated since. Not only have recent studies not been able to find such a drastic reduction in fertility rates, but some studies actually showed a slight increase in fertility.

In one of the largest studies, researchers found that women who drank 300 mg of coffee a day had fertility rates comparable to those who drank less than 100 mg per day. On the other hand, women who drank more soda were less likely to conceive than those who didn’t.

Even though caffeine is known to boost energy levels, it can also have the opposite effect. Once the caffeine wears off, you may feel even more tired than you did before you had the caffeine. In fact, studies have shown that even though participants had improved mood and alertness for several hours after consuming caffeine, they were very tired the following day.

Yet plenty of people feel that drinking coffee will keep them awake. Caffeine may even prevent you from falling asleep. If you have it too late in the day, it can mimic the symptoms of insomnia.

Caffeine has stimulatory effects on the bladder, which is why frequent urination is a common side effect. You’ve probably noticed that you run to the bathroom more than usual after you drink tea or coffee. Twelve young to middle-aged people with overactive bladders were given 2 mg of caffeine per pound in a recent study. They all experienced an increase in urinary frequency and urgency.

People with healthy bladders may experience incontinence when they increase their daily caffeine intake. If the test subjects consumed more than 450 mg of caffeine daily then they had an increased risk of incontinence compared to someone who had less than 150 mg. 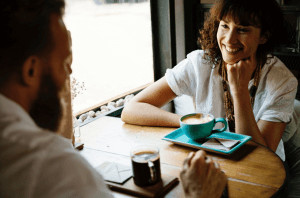 You can enjoy coffee in moderation.

They say to always listen to your body, but what does that really mean? How is one able to really follow how they’re feeling? Sometimes, what our body wants is not actually good for us. For example, you may want a cookie instead of going on a run, which wouldn’t be a healthy choice. So what kind of listening should you be doing?

There are two feeling generally at work. One feeling is your body, nature, your core. The other feeling is the surface psychology of it all. If we follow our psychology feeling, we wind up not being able to make the proper decisions. We’ll get trapped in self-doubt and second-guessing ourselves. The only way to truly listen to our body is by getting some quiet time to really hear our gut.

The same thing applies to coffee. If you find yourself having a bad relationship with coffee, then it may be a good sign that you should cut back. As you read above, coffee can have great benefits if not abused. Coffee and caffeine can have positive effects on your friend and negative ones on you. That’s why it’s important to listen to your body and no one else’s.

As you can see, if you don’t overdo it, coffee can actually be good for you. Yes, it’s possible to consume a lethal amount of coffee- but you’d need to have about 30 cups in a very short period of time. It’s basically impossible to drink that much without having to run to the bathroom, which would negate some of the damage anyway. With all of its benefits, it’s hard to understand why it was ever banned at some point. Today, coffee comes in second behind petroleum as the most valuable traded commodity in the world.

Even though coffee has had a bad reputation, new research is showcasing its many positives. With the right amount of self-control, coffee can be a part of a healthy diet and lifestyle. Just because it has all of these benefits doesn’t mean you should start slacking in the way you eat as well as your physical activity.

Coffee should not replace real meal. It’s true that coffee may be able to help with weight loss because it suppresses one’s appetite, but It shouldn’t be in place of a well-balanced meal. With all of this information, I hope you’re now capable of drinking and enjoying coffee responsibly!