Most of us are generally unaware of exactly what is contained in the makeup and cosmetics products that we use on a regular basis. Furthermore, we mostly don’t understand just how much of an impact these chemicals may have on our health. Turning a bottle of foundation, toner or eye shadow around will reveal an ingredients list that is often so complex that it requires a degree in chemical engineering just to pronounce their names, let alone understand what they’re made of!

With that being said, we’ve recently started running a series of articles that are aimed at helping to explain and understand the effects, dangers and general uses of specific chemical additives. This is so that we can better understand their role in cosmetics products, as well as the effects that they may have on our bodies and health.

As many of us already know (based on general knowledge), the term ‘carbon’ is generally associated with negative health traits – and for good reason. While most forms of carbon can be utilized in positive ways during the manufacturing process, it is generally an ingredient that should not be contained in products that we apply to our skin – at least in the form that I will be discussing in this article.

Carbon black may sound like a really cool thing – I’ll admit that it brought to mind a rap star or a really cool shade of black, but the truth is that it’s a pretty nasty chemical when we consider the side-effects that it has on our bodies with consistent use over time.

It’s a lot more common than many may realize and is currently listed in the top 50 industrial chemicals manufactured worldwide. So if you’d like to know more about this chemical as well as it’s uses and possible side-effects, then I recommend that you keep reading. It could make a great deal of difference in the overall quality of both your skin and general health.

What Is Carbon Black? 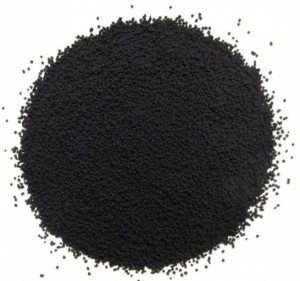 Carbon black is essentially carbon in it’s natural form but has taken on a certain list of traits due to incomplete combustion in controlled circumstances i.e. it is specifically made to be a certain way.

The materials used in the ‘incomplete combustion’ are usually products such as FCC tar, coal tar, cracking tar, ethylene and even vegetable oil.

This produces a fine, black powder which has a high surface-to-area volume ratio which is why the chemical is generally included in cosmetics products as it allows for a greater spread. It is a highly refined chemical which has a wide variety of uses other than cosmetics – but I’ll get into that a bit later.

Because it is cheap and cost-effective, the chemical is often added to a wide variety of cosmetics products and can be labelled under a variety of different names such as Carbon black, D & C Black No. 2, acetylene black, channel black, furnace black, lamp black, and thermal black. 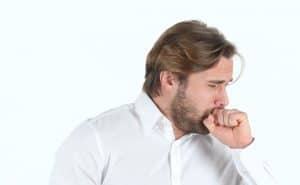 Carbon Black Is Bad For Your Health.

Carbon black can be quite unhealthy for those of us who use it regularly – or rather, those who use the products that contain it regularly. As many of us already know – carbon is something that is generally considered unhealthy for us in general – so applying it to our skin on a regular basis is almost as bad as smoking cigarettes.

While many argue that in small amounts, carbon black is a lot less harmful to us than carbon in its other forms i.e. carbon monoxide or carbon dioxide (what we breathe out), the truth is that over time it can contribute to more serious health issues that could otherwise be avoided if we cut carbon black (and a long list of other harmful chemicals) out of our lives in general.

One of the main issues that carbon black has been linked to is the formation of cancer in humans as it’s considered a known carcinogen.

While there isn’t that much proof to back that claim up yet (just as it took us 50 years to prove that cigarettes were harmful), the fact is that it has shown to be an active contributor towards the formation of cancer in rats when introduced to the breathing system.

However, in the case of humans, it’s more likely to lead to the formation of skin cancer over time as the high amount of polycyclic aromatic hydrocarbons (molecules that contain a large amount of carcinogens and other environmental pollutants) cause severe damage to the surface of the skin and eventually a buildup of PAH in the system causes the formation of skin cancer. One of the other issues that are generally associated with the use of carbon black, in general, is that it can also lead to organ toxicity as the substance can collect in various organs such as the lungs, skin and even the bladder, kidney and esophagus.

So it’s a bit easier for me to justify avoiding products that contain the chemical when you have a better understanding of just how far-reaching the negative effects of this chemical actually are.

It’s basically contained in nearly every type of beauty product available on the market. This is all the more surprising once you realize how many other products the same chemical can be found in. Carbon black is often included in various industrial processes for the creation or strengthening of products such as filler mixed in plastics, elastomer, films, adhesives, and paints as well as inks and the creation of rubber tires.

Once you consider that, it’s a lot easier to understand why it’s such a potentially harmful chemical and should definitely be avoided when it comes to makeup and cosmetics products. If it’s suitable for use in rubber tires and paint – it’s definitely something you’d want to keep off your skin.

However, when I looked into the brands which tend to contain considerable amounts of this chemical – I was shocked. The list is pretty long, so I went through the trouble of shortening it a bit and giving you a selection of popular brands out there that you’re more likely to encounter on a regular basis.

While it may be difficult to avoid these products altogether, it’s best to know which ones actually contain this harmful chemical so that you’re at least aware of which ones to try and avoid or use as rarely as possible. 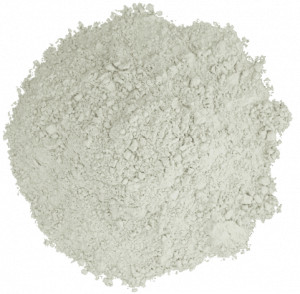 Due to the fact that our skin tends to absorb roughly 60% of everything that’s on it – one can see why it’s so important to try and avoid these chemicals as much as possible and the products that contain them.

Thankfully, recent advents in modern technology have allowed us to go back to more organic and natural alternatives when it comes to utilizing pigments in our makeup (which is primarily what carbon black is used for in cosmetics products) which means we can basically wear our food on our face!

That may sound strange, but from a technical point of view – that’s the best option for anyone who’s wearing loads of makeup on a regular basis, as it allows you to nourish and replenish your skin whilst wearing your look – the old ‘killing two birds with one stone’ adage, except there’s no stones and no killing of birds!

Basically everything including basil, alfalfa beans, bentonite clay, allspice, paprika, kelp, spirulina, hibiscus flowers and green tea powder can all be used as natural pigments as opposed to the chemical colors that are generally contained in our cosmetics products.

Ultimately, harmful chemicals are difficult to avoid in general and sticking to a natural beauty routine is only really effective if we manage to regulate and control the number of chemicals that are contained in our daily lives as much as possible.

However, doing so is a huge step in preventing the onset of a wide variety of health issues and can make a huge difference in the quality and health of your skin in general as well as helping to prevent the onset of the signs of aging.

The sooner you switch to natural cosmetics products and products in general, the sooner you’ll be grateful that you did. So I highly recommend checking out brands like Juice cosmetics or simply buying natural pigments and blending them into your own, DIY makeup at home.

It may take a few tries to get this right, but once you do – you’ll never have to worry about harmful contaminants again and you can save a tonne of money. It’s the little things in life that often make all the difference, and cosmetics is no exception.