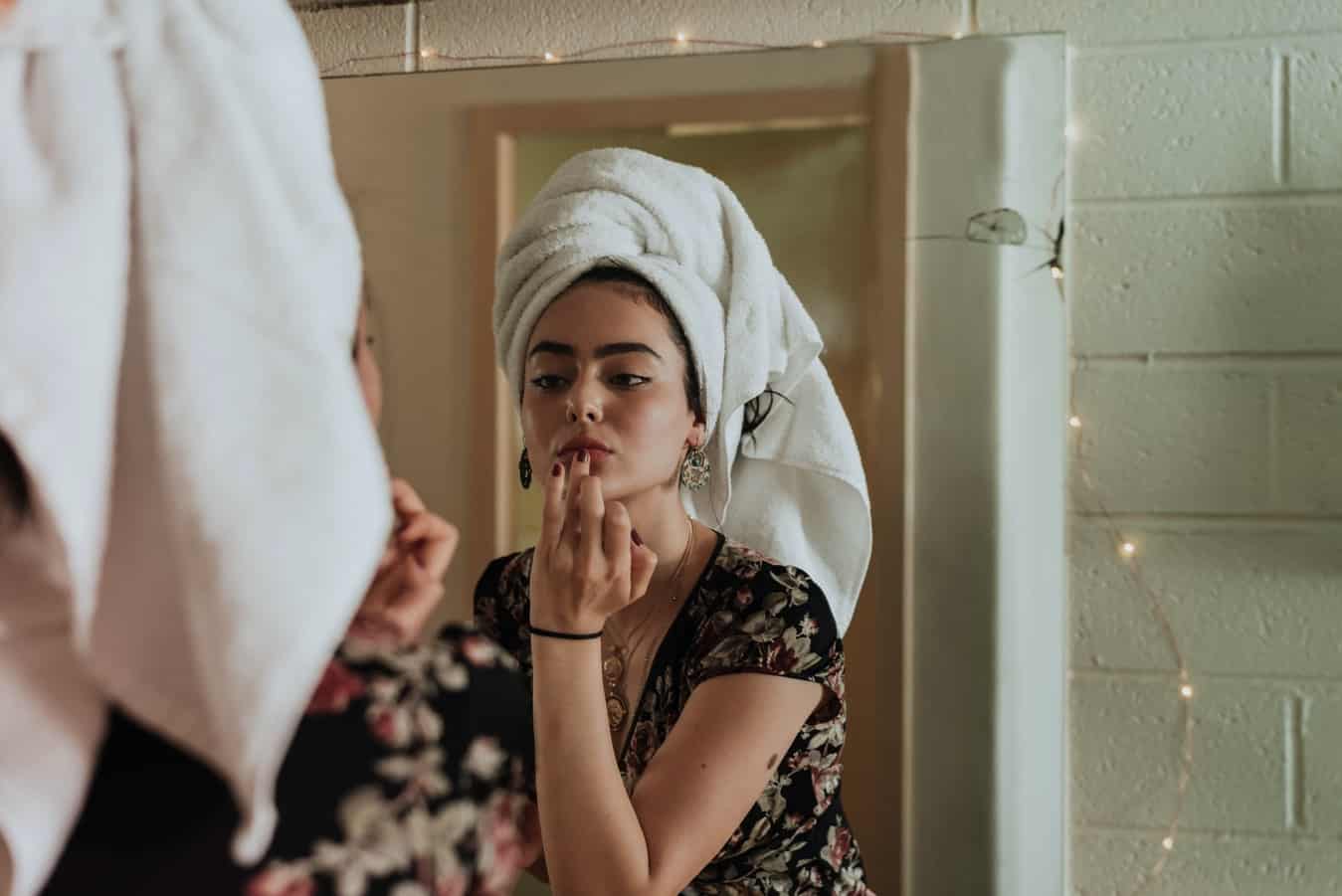 Since ancient times, humans have used many different creative measures and some downright dangerous makeup in the pursuit of beauty. History has plenty of examples demonstrating just how much our beauty hacks and methods have changed over the last millennium. Just in the last 100 years, fashion, makeup, beauty trends and wellness advice has changed exponentially. Moreover, our view of beauty has manifested into something entirely new, vastly different even from our parents’ generation.

That’s why in honor of Women’s History Month, we thought it prudent to take a walk down memory lane. We want to rediscover and talk about the weird and wonderful beauty trends and poisonous makeup of humankind’s bygone eras! We will mainly be looking at the different makeup that women used in order to beautify themselves. These included cosmetics containing poisonous substances such as lead, mercury and even arsenic. Together, we will delve into the past, exploring various dangerous beauty products that women have used throughout history. 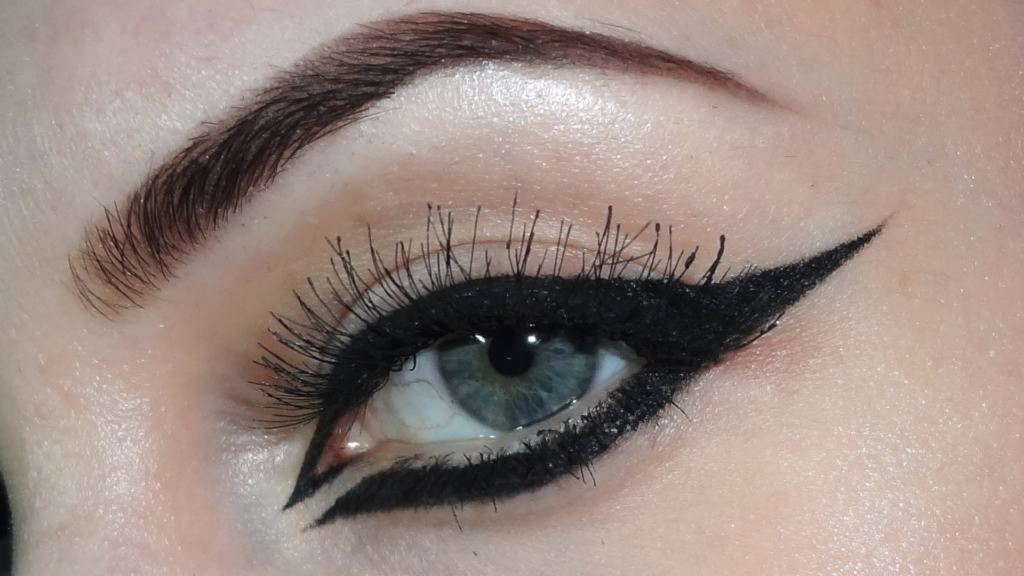 Cosmetics have been worn by both men and women for thousands of years. In particular, history can trace beauty products all the way back to Ancient Egypt in 4,000 BCE. The ancient Egyptians would use all sorts of practices to color their faces using different shades. These included red makeup to color their lips and cheeks which was made from a mixture of red ochre and water.

However, perhaps the most famous ancient Egyptian makeup was kohl, which both men and women would use to line their eyes with. This was done to create dramatic eyes and was also used as a form of sun protection. Kohl was such a staple item that archaeologists have dug it up (and other makeup products) alongside mummies. Kohl was, and in some places still is, made with lead sulfide and mixed with oils or animal fats. Lead is well known to be toxic and can lead to lead poisoning.

However, in Ancient Egypt, kohl was ubiquitous as it was used for practical as well as ritualistic purposes. Moreover, it’s believed that it was primarily used as a form of eye protection against the harsh North African sun. 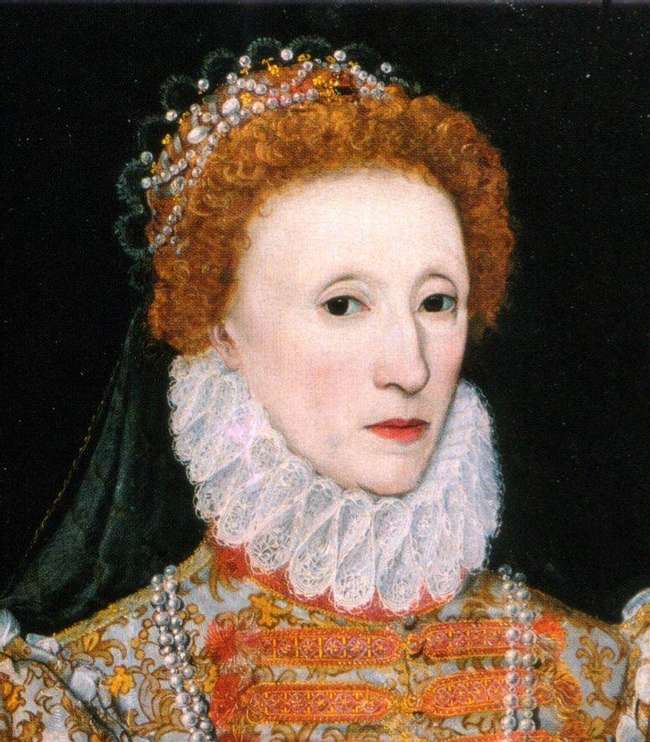 There were several historical civilizations that used lead to whiten their complexions. The ancient Greeks for one were notorious for slathering their faces with a lead-based lotion to whiten them. This face paint was thought to clear one’s skin and provide a smooth facial disposition. In reality, it did the opposite, causing scars, ruptures in the skin, madness and even death from lead poisoning.

In the 15th-18th century, the fashions ebbed and flowed, but both men and women would paint their faces with a mixture of lead and vinegar. Perhaps the portrait of Queen Elizabeth I, with her ghostly complexion, best personifies how commonplace this practice was. Until the early 1800s, it was popular for people to make up their faces with lead to create ghost-white complexions.

Moreover, as cosmetics were so expensive, it was not unusual for people to wear the lead makeup for days on end. They would wait until the lead facepaint would come off on its own, before applying a new coat. In reality, this meant that the lead would be absorbed into their skin as it stayed on for many days. This resulted in many people suffering from lead poisoning and eventually dying from it. 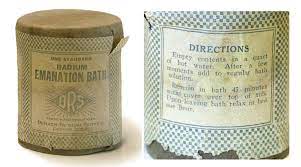 The pursuit of beauty back then had some disastrous consequences, with one of the most deadly practices being radium baths. In the 1800s there was a trend to appear sickly and frail, as a kind of homage to the in-vogue delicate and fragile look. These radium baths helped women of that era to maintain pearly white skin, not to mention also poisoning them with high doses of radiation.

Women would bathe in this radioactive substance because up until the first 2 decades of the 20th century, radium was all the rage. It was touted as a wondrous medical cure for all different ailments! It could cure cancer (which is where we get radiotherapy), rheumatism, insomnia and even nervous disorders. This was untilits dangers were discovered in the 1920s. Researchers found that repeated exposure to radium actually caused cancers, necrosis and even death. 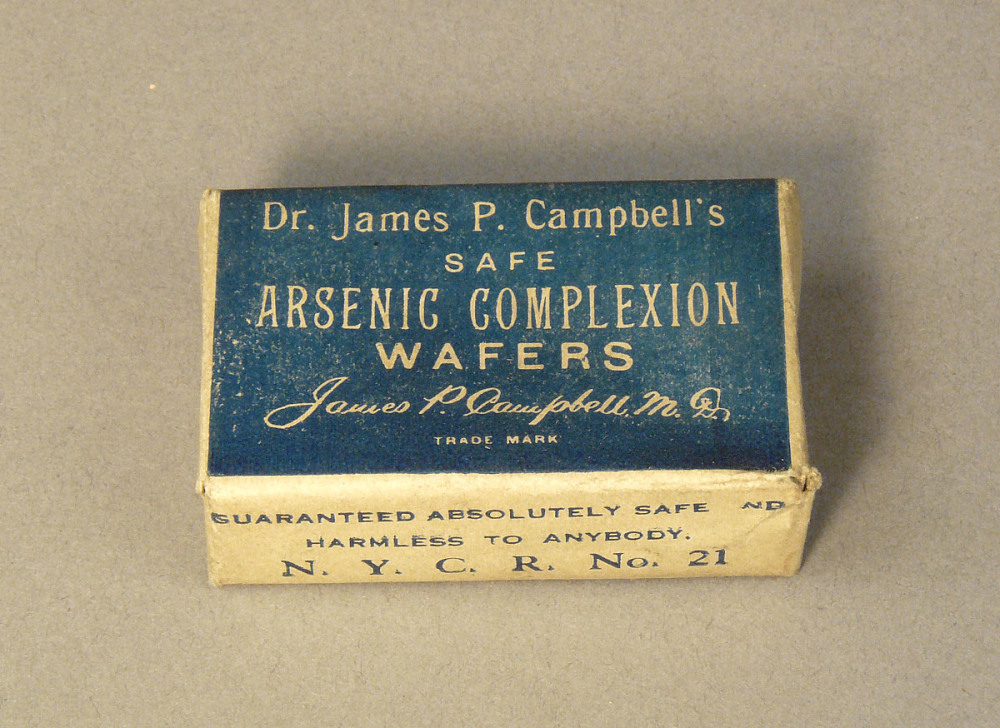 While most of us have gone to extreme lengths to achieve that beautiful look, Victorian women in the 19th century took it to another level. In many aspects of their life, they used poisonous chemicals such as ammonia, mercury, arsenic and lead. This included the way they washed their hair, in their face cleansers and even the clothing dye in their garments. In particular, arsenic was a very popular cosmetic ingredient to whiten skin, despite its known toxicity.

One of the most popular skin whiteners was Arsenic Wafers. These wafers, which were advertised as “generally safe,” would be nibbled on by women throughout the day so women could slowly achieve that pale look. These women would consume just enough arsenic to make their skin paler, but not enough to keel over from. During this period there are records from across the Channel and on mainland Europe, citing the use of arsenic as a cosmetic. Bohemian women would regularly bathe in arsenic hot springs to lighten their bodies.

However, the prevalent use of arsenic meant that many women developed a multitude of ailments. These included damage to the nervous system, kidney damage, vitiligo and even death. While we look back in horror at what the Victorians did to themselves in the name of beauty, we must remind ourselves that the dangers of arsenic were very well documented by that time. However, consumers of that product chose to ignore the health advice all in the name of being “drop-dead gorgeous” – literally! 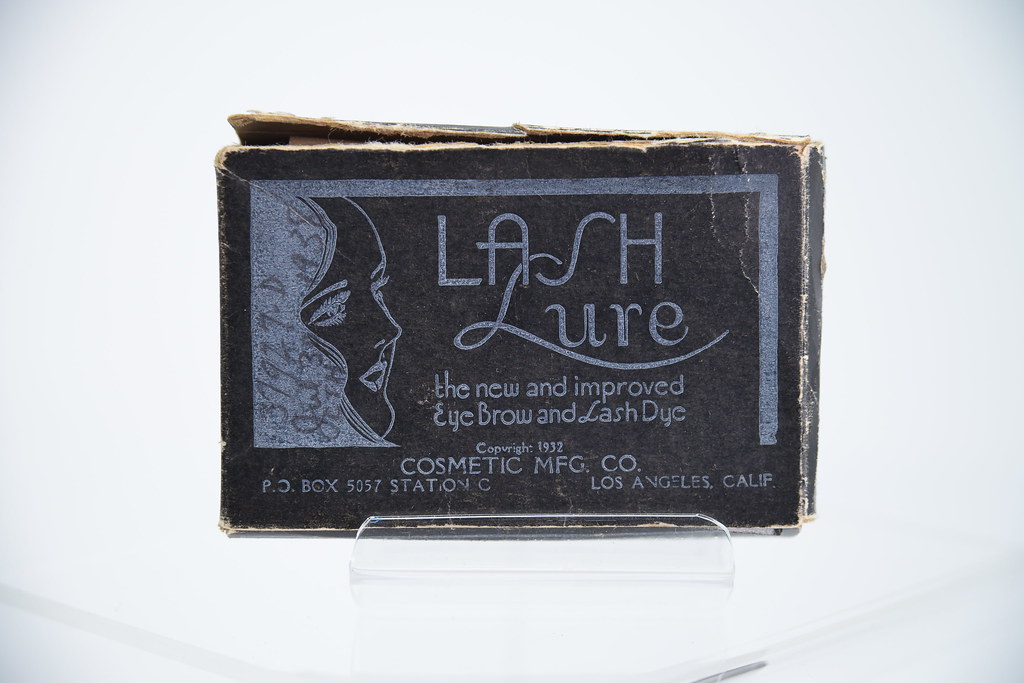 Who doesn’t love some mascara to elongate your lashes, tint your eyebrows and give that whole area some definition? In 1933, the brand Lash Lure came out with a new and improved eyelash and brow dye. This mascara was marketed as a way to enhance your lashes, with the product only being offered in beauty salons. However, Lash Lure was made with a toxin, paraphenylenediamine (PPD). PPD can cause severe allergic reactions in 1.5% of the population, which is exactly what occurred with this product.

Very soon after Lash Lure came on the market, reports of severe dermatitis and swollen eyes and eyelids became commonplace. For some, their only relief from this allergy-inducing mascara was to pluck out their eyelashes and/or eyebrows. A woman even died from Lash Lure, as even after plucking her eyebrows an infection set in. Needless to say, this deadly mascara led to major backlash, which contributed to the large-scale campaign to pass the 1938 Food, Drug and Cosmetics Act. 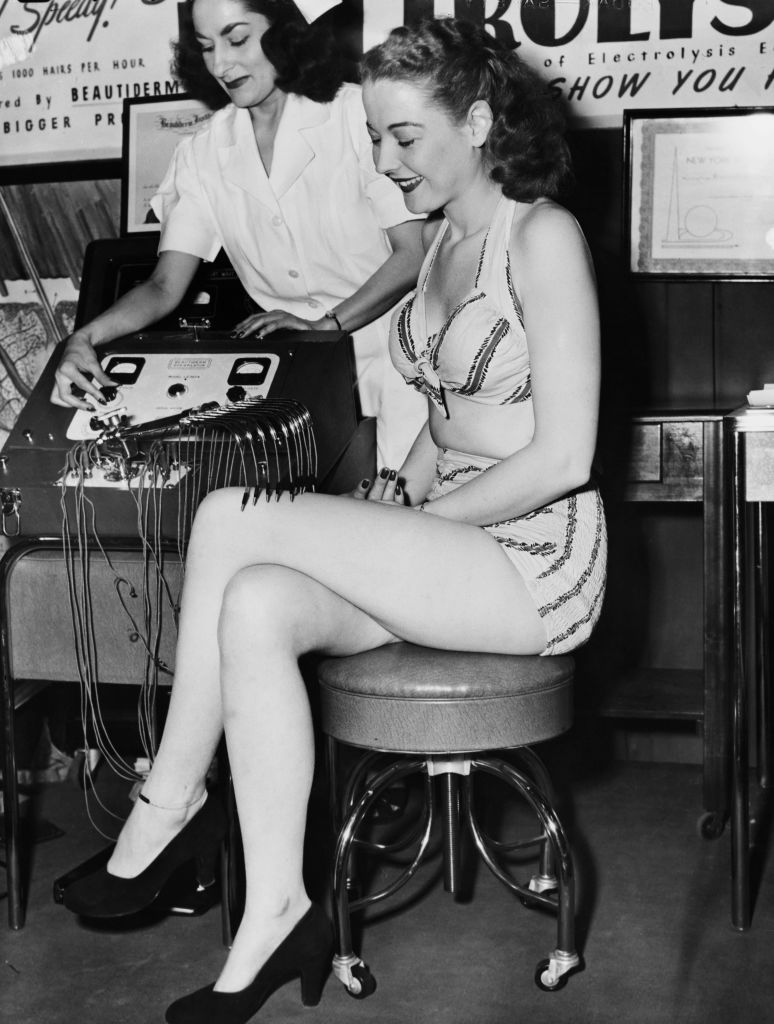 X-Ray Hair-Removal Being Used On Model

The technology of X-rays was discovered in 1895. Within 1 year, the famed medical journal The Lancet began to tout the X-rays’ hair removal abilities. Thus, at the beginning of the 20th century, X-rays were fast becoming a popular method of hair removal. Each hair removal session lasted approximately 3-4 minutes per section of skin being treated. This easy and efficient hair removal process very quickly became all the rage. However, this was far from the end of the story.

At the time of its invention, there was no way to measure the amount of radiation going into the body. Moreover, there had not yet been any studies looking at the long-term effects of radiation exposure on the human body. Doctors in the 1920s began to notice lesions and skin cancers affecting those who used X-rays for hair removal. By 1929, the American Medical Association had condemned this dangerous practice, resulting in many of these X-ray salons closing down.

Popular beauty and fashion trends come and go. Moreover, it seems that the beauty trends of today seem to last for as long as it’s popular on TikTok. Style is constantly evolving, and what was in vogue today could be outmoded by tomorrow. If you think back to the 1990s, thin brows were seen as ideal. In contrast, the beauty industry today is pushing for us to have thick eyebrows, alongside dewy skin and full lips (think Kylie Jenner).

While fitness and health are the symbols of beauty for us in the 2020s, that was not always the case. In historical times, looking sickly and fragile while achieving it through radium baths was where it was at. Indeed, consuming arsenic, caking your face with lead, or using other poisonous substances were all acceptable cosmetics to achieve the ultimate beauty ideal. With these harmful trends, some came and went as fast as they arrived. Others, like lead face makeup, lasted for centuries, with the desire to look pale seeping into many other fashion trends. Humans will always strive to be beautiful and enhance their appearance. However, let’s hope these disturbing beauty trends remain in the past and never make a comeback!