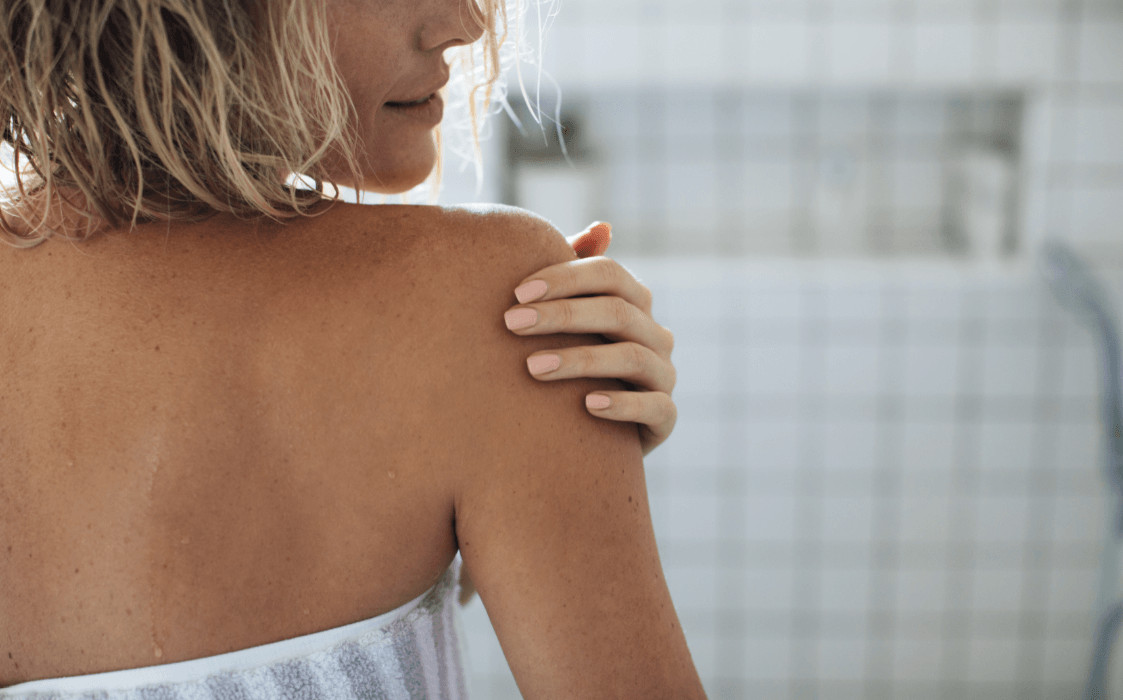 Most of us probably haven’t heard about siloxane simply because most of us don’t take an interest in the nature of chemicals in general (we can’t all be chemical scientists) and also because as consumers, we often fail to notice what’s actually in the products that we buy.

If you’re reading this, then you’re probably one of the few that do tend to turn a product around to get an idea of the ingredients that it contains – which is a great habit.  But how many of us actually know how to interpret the long, complex names of these ingredients and get a good understanding of how they affect us as individuals, let alone the environment?

The truth is that it’s easier for us to simply trust that the manufacturers have our best interests at heart and take a leap of faith when we choose even the simplest of products like shampoos, moisturizers, deodorants and food products.  But as time has repeatedly proven (again and again) – this couldn’t be further from the truth.

I’m not insinuating that manufacturers necessarily want to cause us harm in any way, but it’s often a lot more cost-effective for them to use chemicals or synthetic ingredients because they’re cheaper en masse and still produce the desired results.

So that leaves us in a bit of a bind.  We’re either forced to simply get off all chemical-based products in an attempt to balance out our lives and manage our health or to pay close attention to what we consume and how often we consume it. Of all the chemicals that we consume on a regular basis, there are some that should definitely be cut out sooner than later. Siloxane and its various forms may be one of the best examples of this truth.

In today’s Maple Holistics feature, we hope to illustrate why you should pay close attention to this chemical and why avoiding siloxane would be in your best interest.

Siloxanes are found in a lot more products than you probably realize and the products are pretty diverse too. Toothpaste, cosmetics products, deodorants, petroleum products, medical products, food products, and packaging products are just some of the everyday items siloxane can be found in. But what exactly is siloxane?

One place it does seem to occur more naturally is in biogas, but here it’s usually more of a problem because it can clog up engines and reduce their capacity to work properly. Much like engines, humans are susceptible to certain health issues when using products that contain siloxanes. This is despite arguments that they are safe in controlled doses. A 2016 study on the safety risks of direct human contact of siloxanes revealed that the safety of siloxanes needs to be applied to particular compounds as the group as a whole is too broad. This research also stated that the compounds need to meet certain standards and requirements in order to even be considered as safe.

The issue really seems to make itself known once it’s out in the environment. The increase in toxicity of wastewater (and ultimately the damage caused to aquatic life-forms) can be linked to an increase of siloxanes in use.

But I’ll get more into the dangers of this chemical a bit later. For now, though, it’s important to know that it’s a silicone-based compound that can occur in a variety of different combinations. Some of the popular of which are Hexamethyldisiloxane (L2), Hexamethylcyclotrisiloxane (D3) Octamethylcyclotetrasiloxane (D4) Decamethylcyclopentasiloxane (D5)Dodecamethylcyclohexasiloxane (D6).

Therefore, it’s important to keep your eyes out for anything that ends in ‘siloxane’. You can also simply memorize the simplified codes that accompany the long chemical names of these ingredients. This is a quick means of identifying them in products you’re interested in buying.

What Kind Of Products Contain Siloxane?

As I mentioned in the previous paragraph, siloxanes are contained in a wide variety of different products. Some may come as a surprise to you as they’re not the kind of products that you’d expect to find silicone-based chemicals in. Some of the more common products that include siloxane compounds in their ingredients lists are toothpaste, deodorants, food products (usually fast-foods or processed foods as a preservative or as a low-calorie alternative), cosmetics products in general such as foundations, powders, blushes, and eyeshadows to name a few, medical products, packaging, and biogas.

While many in the beauty industry argue that siloxane is safe for use in moderate doses, the fact is that we have very little idea of what the effects of this chemical are on our health over long periods of time. Some have noted that even in its current dosage, it may disrupt endocrine levels in our bodies. Ultimately, this can affect hormone production as well as have a negative effect on our fertility levels. However, the real issue lies beyond its possible effects on our bodies directly. People are more concerned with its effects on the environment as a whole.

This is why in recent times, the chemical has come under scrutiny by the EU which has ultimately lead to it being banned in many products. Like most harmful chemicals of this nature, siloxane doesn’t entirely break up or dissolve when we wash it down the drain. This has led to an increase in toxicity in our wastewater. What may be only slightly harmful to us, is often drastically dangerous to smaller creatures and the environment as a whole. In fact, a screening assessment of D4 siloxane in Canada let to it being banned due to its toxic harm on aquatic life.

Siloxane has been shown to bioaccumulate when in nature. This means that it gathers in the bodies of aquatic lifeforms and can ultimately kill off aquatic life (as they are poisoned when they ingest smaller aquatic life-forms that have ingested the chemical) as well as killing off plant-life that rely on freshwater to sustain life.

When siloxane mixes with other harmful chemicals that may be contained in our wastewater, it leads to the formation of a dangerous chemical cocktail of harmful substances that is often very difficult to treat or get rid of. Hence the recent resistance towards the use of chemicals and the insistence of strict regulations to be placed on manufacturers and products that make use of siloxane-based compounds.

How To Avoid Products That Contain Siloxane 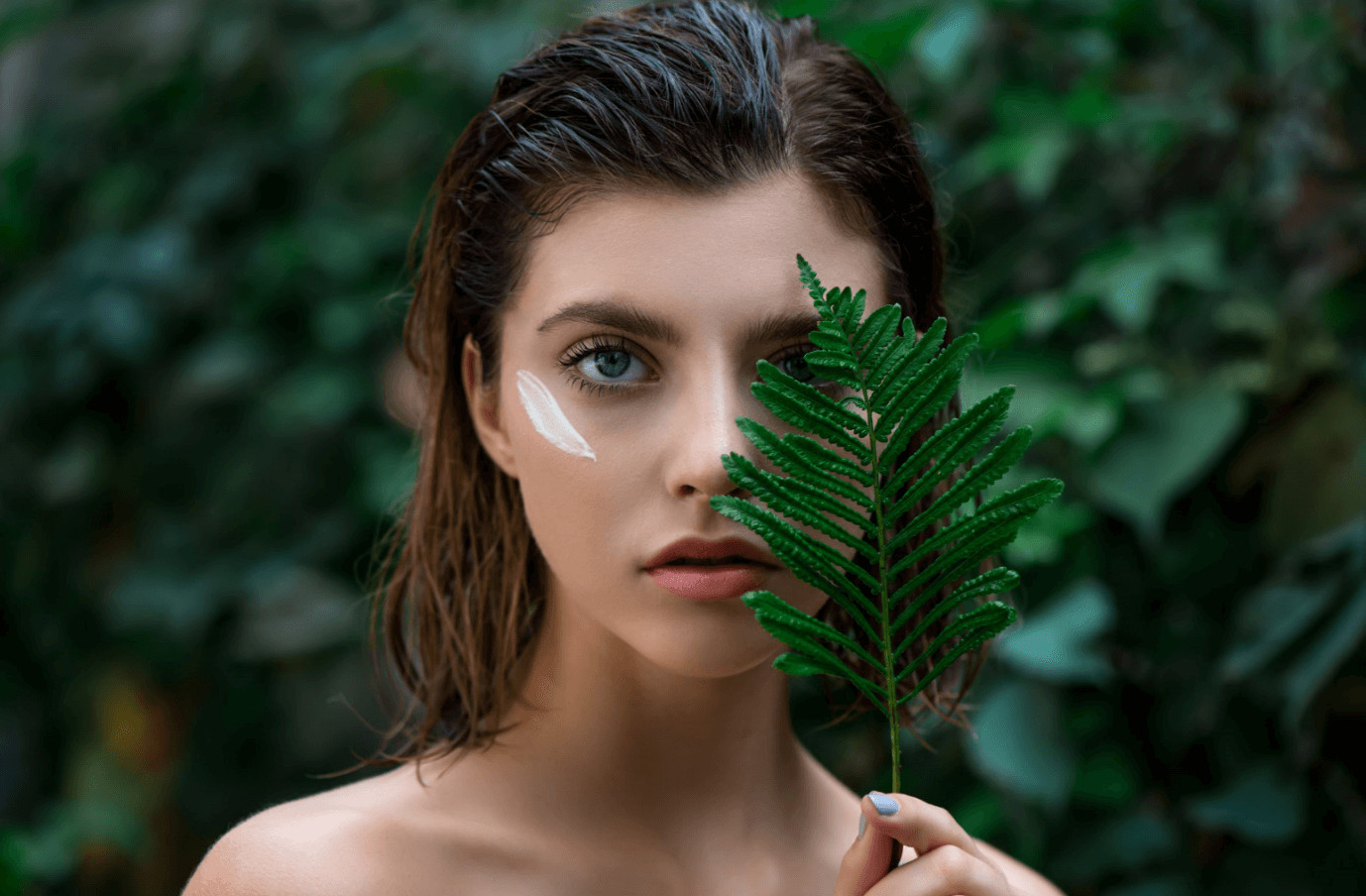 This is both a straightforward question to answer and a highly complex issue at the same time. The most obvious solution to the problem would simply be to cut out all the products that contain siloxane or siloxane derivatives and that’s that. But in reality, it’s a lot harder than that. First, you have to identify which products actually contain this chemical (or its variations) before you can try and avoid them.

Because of the fact that siloxane is contained (in some form or another) in such a wide variety of products, it’s a lot harder to cut out of your regular consumption of various products. Identifying all the different products in all the different categories that may contain this chemical will take ages. And that’s something most of us don’t want spend time to bothering with.

So the simple solution is to try and go natural – or at least go as natural as possible. What do I mean by this? Well, a little bit of research and digging will reveal a myriad of holistic and natural alternatives to many of the common products we use on a daily basis. These are generally free of harmful chemicals (such as siloxane, but a lot more too) and are better for your health in general.

By reducing the number of harmful chemicals that you include in your diet or consumption of daily products such as makeup and other cleansing products (which all get absorbed through your skin), you give your body the chance to regulate itself more effectively as well as boosting your overall immune system.

This means that instead of having to rely on equally harmful pharmaceutical medications to help treat health ailments when they occur (usually because of the fact that you’re ingesting too many harmful chemicals), you can prevent them from happening in the first place.

While both silicone and siloxane are synthetic, man-made polymers that you create by combining a variety of siloxanes, siloxanes are independent combinations of different molecules.

Silicones are generally used for more intense industrial uses while siloxanes, being a more mild component of silicone, can be combined with other chemicals that make them more suitable for general use in more conventional products. If you were to consume or ingest silicone in any way, you would suffer from some serious health issues. This is why it’s best for industrial use only and as far away from our bodies as possible.

That being said, a large amount of cosmetics companies still include small amounts of silicone in their products as they’re said to help increase the smoothness of the texture. It also helps to prevent them from running when they come into contact with water. And finally, also increase the spreadability of the product. Products such as blush, foundation, and eye shadow are all good examples of cosmetics products that are likely to contain varying amounts of silicone in the recipes – all the more reason to make the switch to a more natural beauty routine.

Which Companies Use Siloxane In Their Products?

While the number of products and brands that are likely to contain siloxanes is innumerable, I’m going to focus on cosmetics brands in this article. They’re usually the most common and most potent. However, other popular brands like Colgate and Close-up (which are toothpaste brands) and many others are likely to contain the chemical in some form or another, so keep an eye out.

To help you when you go shopping, draw up a list of all the chemicals you’d like to avoid in the products you buy and cross-check the products you choose with this list. That’s a good way of relieving the pressure that comes with having to remember all these lengthy chemical names and will make it easier for you to come up with a new list of alternative products that are safe to use in general.

Here are a few makeup brands that you should definitely avoid if you’re trying to lead a safer, healthier, and more natural lifestyle.

So save yourself the time, money, and hassle by switching to brands that are actually natural (and don’t just claim to be). Give your skin a better chance at regulating itself with nourishing and healthy ingredients. This is the best way to achieve and ultimately maintain a natural complexion and once you make the shift. you’ll never go back.

So as you can see, almost every product we use on a regular basis has some form of harmful chemicals in their ingredients list. This means that it’s a lot easier for us to get an idea of why healthcare is becoming more of a challenge in the modern world.

By constantly bombarding our systems with chemicals like siloxane, we’re reducing our body’s abilities to heal. This in turn means that we become reliant on even more harmful forms of treatment to reverse the effects that come as a result of using these chemicals in the first place.

So, instead of waiting for manufacturers and brands to change their formula to suit the growing demand for healthier products, take action. Replace as many products as you can with healthier natural alternatives. Your skin, mind, and body will be a lot better off for it – not to forget the environment.